Washington, DC – The UN Security Council’s ISIL and Al Qaeda Sanctions Committee has placed Deputy Chief of Laskhar-e-Tayyiba Hafiz Abdul Rehman Makki on its sanctions list. Makki was one of five listings of leaders of the LeT and Jaish-e-Mohammad (JeM) blocked by China between June and November last year after the US and India jointly proposed their listing.

India and the United States had listed Makki as a terrorist under national laws. They had jointly proposed blacklisting him under the UN Security Council’s ISIL and Al Qaeda Sanctions Committee in June last year. China placed a technical hold on the proposal, bringing the process to a halt. China removed its technical hold enabling Makki’s listing to go through, though the reasons are unknown. Makki is the first terrorist to be listed with India as a proposer.

The committee noted that “Abdul Rehman Makki and other LET/JUD operatives have been involved in raising funds, recruiting and radicalizing youth to violence and planning attacks in India, particularly in Jammu and Kashmir (J&K).”

India’s Ministry of External Affairs issued the following statement in response to Makki’s listing: “We welcome the decision of the UN Security Council’s ISIL and Al-Qaida Sanctions Committee to list Lashkar-e-Tayyiba (LeT) terrorist Abdul Rehman Makki, who is also the brother-in-law of LeT leader Hafiz Saeed. Makki has occupied various leadership roles in LeT, including raising funds for the organization.

Threats from terrorist organizations in the region remain high, and listings and sanctions by the UNSC are an effective tool to curb such threats and dismantle terror infrastructure in the region.

India remains committed to pursuing a zero-tolerance approach to terrorism and will continue to press the international community to take credible, verifiable, and irreversible action against terrorism.”

India has maintained a sustained focus on countering global terrorism. In November last year, India hosted ‘No Money for Terror’ (NMFT) – the third Ministerial Conference on Countering Financing of Terrorism in New Delhi. The conference came on the heels of a two-day meeting of the UN Security Council Counter-Terrorism Committee in India. The meeting culminated with the adoption of the Delhi Declaration committing the Member States to prevent and combat digital forms of terror, notably using drones, social media, and online terrorist financing. The NMFT conference emphasized the commitment of the Indian Government to countering international terrorism, advancing discussions on combating the financing of terrorism, and building consensus and cooperation among countries on this issue. Makki’s designation by the UN sanctions committee is a success for Indian diplomacy.

Makki carries a reward of $2 million on him by the Rewards for Justice Program, the counterterrorism and counterintelligence platform administered by the US State Department’s Diplomatic Security Service agency. He is 26/11 mastermind Hafiz Saeed’s brother-in-law. Makki has held various leadership roles within Lashkar-e-Tayyiba (LeT), a U.S.-designated Foreign Terrorist Organization (FTO), and played a significant role in raising funds for LeT operations.

In 2020, a Pakistani anti-terrorism court convicted Makki on one count of terrorism financing and sentenced him to prison. On November 4, 2010, the US Department of the Treasury designated Makki as a Specially Designated Global Terrorist under Executive Order 13224, as amended. As a result of this designation, among other consequences, all property and interests in property of Makki that are subject to US jurisdiction are blocked, and US persons are generally prohibited from engaging in any transactions with Makki. 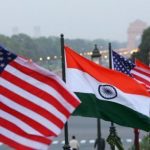 + posts
Previous articleSpecial Counsels, Like Those Examining Biden’s and Trump’s Handling of Classified Documents, are Intended to be Independent – but They aren’t Entirely
Next articleधंसता जोशीमठ और भविष्य के संकेत

Special Counsels, Like Those Examining Biden’s and Trump’s Handling of Classified Documents, are Intended to be Independent – but They aren’t Entirely

Founded in 2012 by the late Tejinder Singh, India America Today (IAT) is an independent media organization and news provider based in Washington, DC. IAT's team spans the Indian subcontinent and North America, providing in-depth coverage of India-US relations and the subcontinent. We are committed to truth, quality, and the highest ethical standards in journalism that guided our friend, mentor and colleague Tejinder Singh.